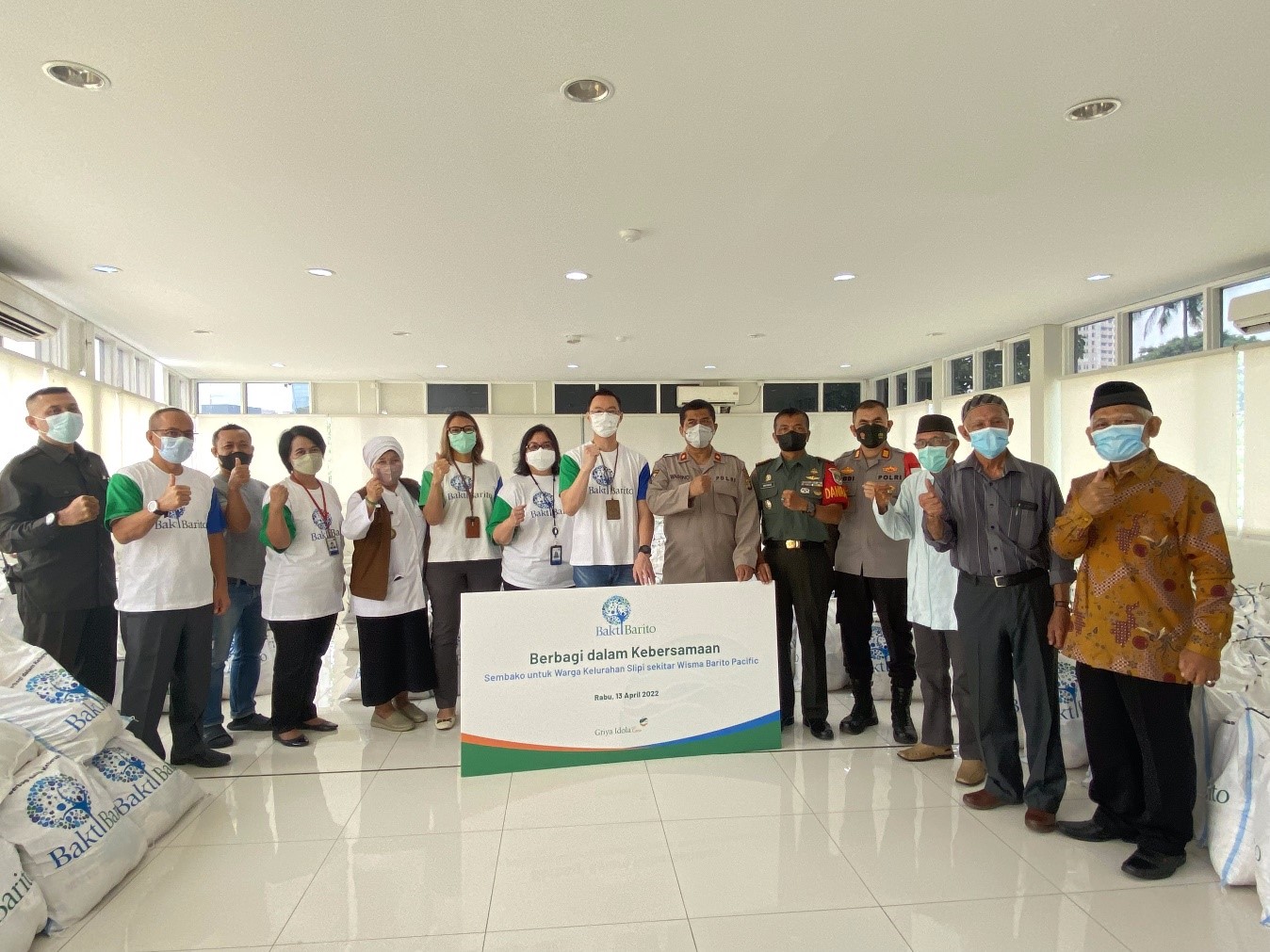 The food package assistance was given as a tangible manifestation of Mr. Prajogo Pangestu's concern as the founder of the Barito Pacific Group, and his wife, Mrs. Harlina Tjandinegara as the Commissioner of Barito Pacific for the surrounding community. In addition, this assistance is expected to help ease the burden on the community's economy during the month of Ramadan. The distribution of basic food packages was held on Wednesday (13/4) at the Annex Building Wisma Barito Pacific 1, West Jakarta.

"At this opportunity, Mr. Prajogo Pangestu's family wants to share and is expected to be able to bring benefits and be able to lighten the burden for our community, especially in the month of Ramadan and also during difficult times, so only together and with mutual support, we can get through this difficulty," said Mrs. Dian in her speech.

Furthermore, Mr. Eddy added, "Three years the whole world has experienced difficult times, hopefully this basic food can be a blessing and can be well received and can be useful for local residents," he said. It is hoped that by distributing these basic food packages, the community can be more helpful.

Bakti Barito is a foundation for better. Because when Indonesia thrives, we do too.

The Bakti Barito Foundation serves as our platform for sustainability initiatives. Its focus areas are revitalizing the environment, broadening access to education, and uplifting lives and livelihoods. The foundation runs focused initiatives across four positive impact pillars: Environment, Economy, Society, and Education.